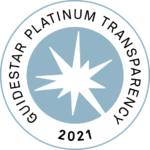 When did you and Victoria become a team? – Two years ago we took our test.

What other partners have you had? – We’ve only been doing this for two years.

In what type of facility are you visiting? – We are currently visiting the Laurel Ridge hospital in San Antonio on Mondays from 10 to 12. On Tuesdays we visit with the Cailloux Humane Society in Kerrville. We also visit nursing homes on Wednesdays and Thursdays for Gentiva, a Hospice care provider. On Thursday evenings Victoria assists at calling Bingo at the Special Opportunity Center. She is also a coach for an adult special needs foundation in Kerrville. Finally on Fridays we visit the Psychiatric ward at Brooke Army Hospital.

In what other Therapy Animals activities do you and your partner participate? – None.

Tell us something about your partner that we may not know. – Victoria is a rescue dog who walked into my driveway during a rainstorm. She was flea-bitten and emaciated. She made a remarkable recovery and was a very quick study in her therapy training.

What Therapy Animals leadership position(s) do you currently have? – None.

What other leadership positions have you had? – None.

Tell us something about yourself that we may not know. – Retired soldier with 22 years of service. I have 3 children and 5 grandchildren. I am in charge of spoiling the grandchildren. My job with Victoria is a completely enjoyable experience.

April 1, 2015 – Therapy Team of the First Quarter – Graham’s dedication to the mission of Therapy Animals of San Antonio to bring people and animals together for healing is recognized. Many folks have benefited from his visits. Since joining Therapy Animals of San Antonio in June 2014, he has been a very active member completing visits in both Boerne and San Antonio. This has included visiting sites such as the Warrior and Family Support Center, San Antonio Military Medical Center (SAMMC), and the Center for the Intrepid at Brooke Army Medical Center; special visits; and helping with evaluations that allows others to contribute. Graham’s story follows.

I am a retired soldier who was rescued by Victoria, the Great Pyrenees rescued as I was in my driveway getting the newspaper. She recognized my potential as a Therapy Dog handler, and after I completed training, she decided she wanted to work at the Warrior and Family Support Center and at San Antonio Military Medical Center. She also enjoys canine literacy programs, visiting nursing homes, and visiting the VA hospital in Kerrville. She has some dog buddies she meets with at the dog park in Kerrville, and she especially enjoys being around children.

One of the most memorable moments for Victoria was visiting a nursing home in Kerrville. She put her head in a lady’s lap and rested her head. The lady reached and touched her head and said “Beautiful”. The nurse told us that the lady had suffered from a stroke, and those were her first words.

November 14, 2014 – Therapy Animals of San Antonio was invited to the Salute to Veterans on November 14 at Fort Sam Houston. The pre-ceremony on MacArthur Field included wonderful choral music by the Texas Children’s Choir who ended their performance with the National Anthems of France and the United States. The official ceremony was led by LTG Perry L. Wiggins, who is the new Commanding General United States Army North and Senior Commander at Fort Sam Houston and Camp Bullis. Following his remarks was a moving ceremony led by Mr. Sujiro Seam, the Consul General of the French Consulate in Houston. Mr. Seam bestowed the French Legion of Honor on 22 World War II veterans whose battlefield experiences were enumerated. Many had been in the Battle of the Bulge, had stormed the beaches of Normandy or Utah, and survived other famous conflicts. The ceremony closed with all the veterans present forming a parade line to march on the field. Victoria, my Great Pyrenees, and I participated in the march. Other teams present at the ceremony were Donna Schweitzer and Bailey and Kimberly Zielke and Hershey along with Mary Kay Stewart, the point of contact for our work at the Warrior and Family Support Center.